Ended up here with my Uncle and his many strolls as tour guide that he takes us on when I am in London. We didn’t go in the Royal Albert Hall but had a nice lovely coffee (or three) alongside the Serpentine. 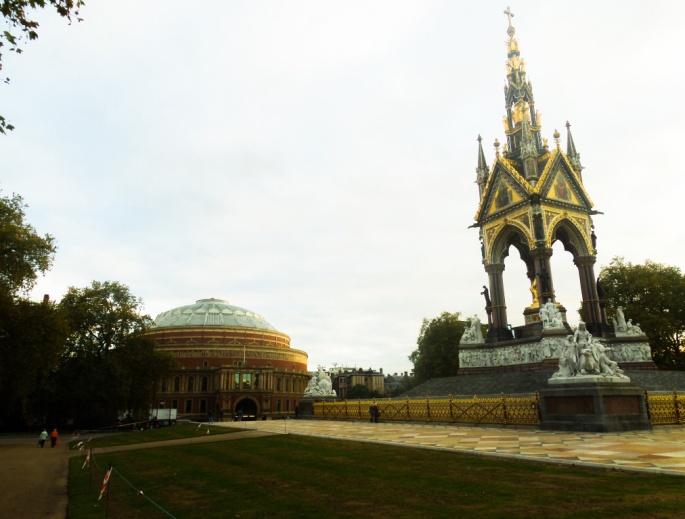 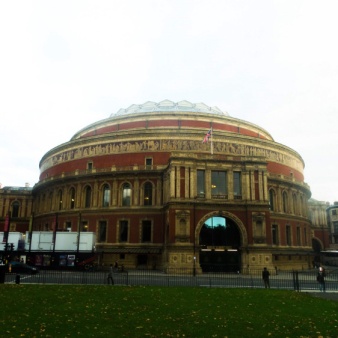 Royal Albert Hall is a concert hall on the northern edge of South Kensington, London, best known for holding the Proms concerts annually each summer since 1941.

A mural by Sir Peter Blake unveiled at the venue in April 2014 shows more than 400 famous figures who have appeared at the Hall, including Winston Churchill, Albert Einstein, Edward Elgar, The Beatles, Eric Clapton, Bob Dylan and Adele.

Have fun spotting them! 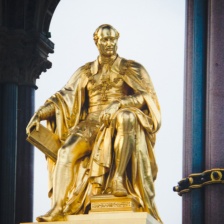 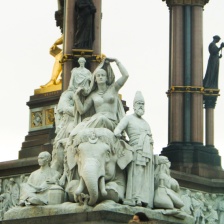 It was commissioned by Queen Victoria in memory of her beloved husband, Prince Albert who died of typhoid in 1861.

Such a prominent memorial, splendid detailing and obvious expense – I wonder what the upkeep is like? 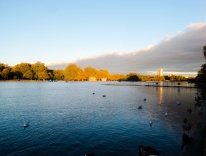 The Serpentine (also known as the Serpentine River) is a 40-acre (16 ha) recreational lake in Hyde Park, London, England, created in 1730 at the behest of Queen Caroline.

There are a few cafes along here to sit indoors or outside alongside the Lake, which my Uncle throghtly recommends, as do I especially at sunset 😀